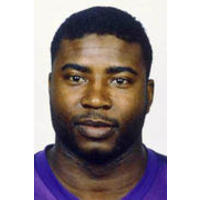 With great sadness, the NFL announced that Hall of Fame defensive end Chris Doleman lost his long time battle with cancer. Doleman had a brain tumor removed in January of 2018. He fought valiantly against glioblastoma until it finally claimed his life at the young age of 58 years old.

Chris Doleman played collegiately at Pitt where he ranked 3rd all-time in the team record books with 25 sacks. He entered the NFL in 1985 after being selected 4th overall by the Minnesota Vikings. He quickly became one of the most feared men defensively in the league. In 1989, he tallied 21 sacks and that remained a franchise record until Jared Allen surpassed him with 22 in 2011. His next highest totals came in 1992 with 14.5 and again in 1998 with 15 when played with the San Francisco 49ers. In his final season, he returned to the Vikings and closed out his illustrious career with a total of 12 sacks that year.

Doleman played in an era of perhaps the toughest names defensively the league has ever seen. He was nestled in with names like Reggie White, Bruce Smith, Neil Smith, John Randle, Cornelius Bennett, Derrick Thomas, and the list goes on. Based on the eye test, he was the leader of the pack. He was virtually unstoppable and was a nightmare to anyone who dared oppose him. Chris Doleman’s work ethic was undeniable. The fruit of that was clearly displayed on the field. For his efforts, he was named to the Pro Bowl 8 times. He was twice named to the All-Pro team in 1989 and then again in 1992. Perhaps his greatest accomplishment came in 2012. He was named to the NFL Hall of Fame. Doleman currently sits at 5th all-time with 150.5 sacks.

While his accomplishments on the field were inspiring, off the field he was widely loved. His departure has affected so many. Former teammate Chris Carter had this to say about Doleman, “Kobe Sunday and last night my guy Chris Doleman (we got baptized in the Jordan River 3 years ago). Condolences to his family. Another great man gone. Today will be tough.” The Minnesota Vikings, who were blessed greatly during his tenure were touched as well, “Chris was a great example of players past and present, as he embodied all of the best characteristics of a Viking-resilience, toughness, and a competitive spirit. Chris always carried himself with dignity and class. Vikings fans worldwide will greatly miss him.”

The NFL lost a great ambassador. Young men aspiring to play the game lost an incredible mentor. However, Chris Doleman’s legacy of toughness, courage, dignity, and a resilient spirit will live on. While some may view it as an end, it is instead a beginning for the young men coming up who looked up to him and carry those very characteristics in themselves. If anyone needs a reminder of who he was, look no further than the Pro Football Hall of Fame. CEO and President of the Pro Football Hall of Fame Carl David Baker said it best, “The legacy of Chris Doleman will live forever in Canton, Ohio, for generations to learn from how he lived a life of courage and character.”