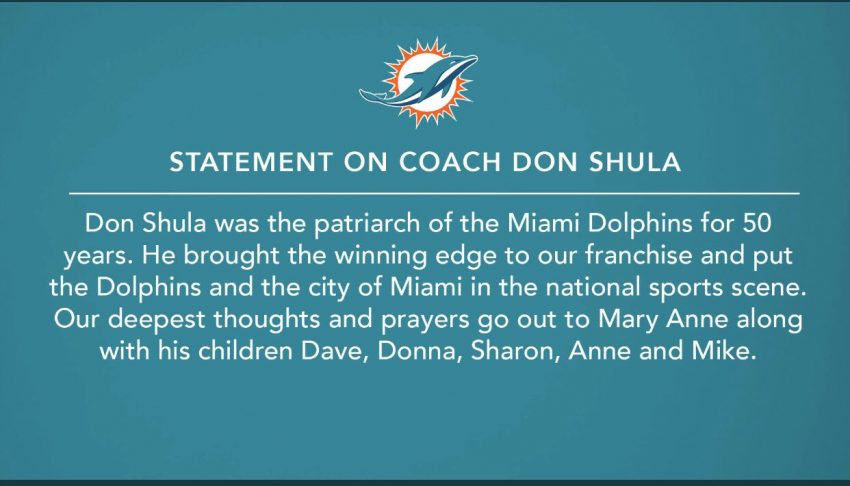 One of Shula’s children told the newspaper about their father’s death.

Shula was one of the greatest coaches in NFL history. He was known for leading the unbeaten Miami Dolphins to the Super Bowl during the 1972 season. The Dolphins are the only team in NFL history to finish an entire season undefeated.