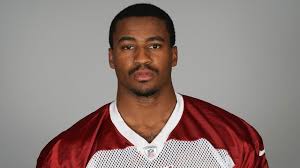 A former first-round pick in the 2014 NFL Draft, Bucannon is a versatile defender who offers an intriguing skillset for the Falcons. Bucannon, 27, most recently split his time playing for the New York Giants and Tampa Bay Buccaneers during the 2019 season. He was a core special teams player during the first half of the season with Tampa Bay, but he became a part of the Giants’ defensive rotation after landing in New York.

Prior to the 2019 season, Bucannon played for five seasons with the Arizona Cardinals. While in Arizona, Bucannon started 56 games and played multiple positions, including safety and linebacker. With the Cardinals, Bucannon recorded 406 tackles, 27 tackles for a loss, 12 pass defenses, seven forced fumbles and two interceptions.

Deone Ariel Bucannon (pronounced DAY-own) (born August 30, 1992) is an American football linebacker who is a free agent. He was drafted by the Arizona Cardinals in the first round of the 2014 NFL draft. He played college football at Washington State. Originally drafted as a safety, Bucannon transitioned to play a hybrid safety-inside linebacker role in the Cardinals’s 3-4 defense. – READ MORE »