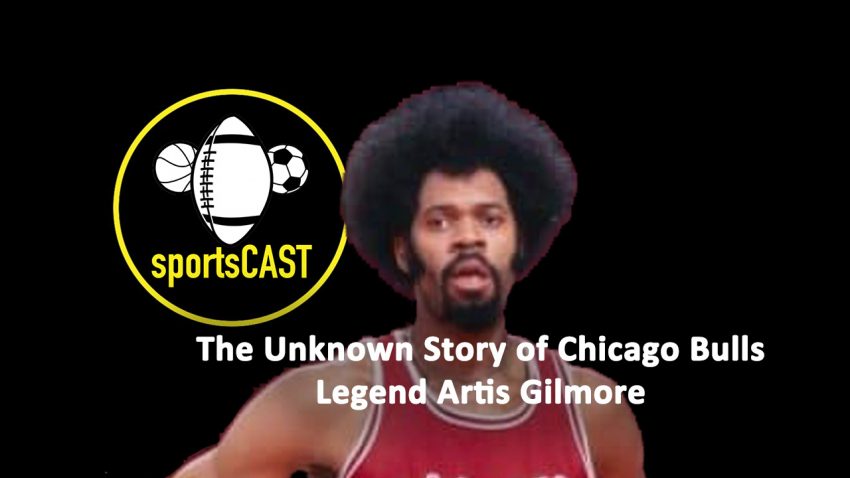 Before the Chicago Bulls had Michael Jordan, they had Artis Gilmore,
the 7’2” Center

Gilmore, known as the  A-Train, was drafted by the Kentucky Colonels in the 1971 American Basketball Association draft, and by the Chicago Bulls in the 1971 NBA draft.

Gilmore started his career in the ABA where he averaged 22.3 points per game, 17.1 rebounds, three assists, .7 steals, and 3.4 blocks. On top of that he was extremely effective around the basket. He shot 55.7 percent for his ABA career and 66.8 percent from the free throw line.

When the ABA disbanded Gilmore was drafted by the Chicago Bulls in the seventh round and was the 117th overall pick in the draft. Gilmore also had stints with the San Antonio Spurs, went back to Chicago for half a season and went to Boston for the remainder of that season.

Gilmore played in a total of six NBA All-Star Games. He led the NBA in field goal percentage in four consecutive seasons, including a career-best 67% during the 1980–81 season — at the time, the third-highest percentage in NBA history.

When Gilmore returned to the Bulls for his second stint he played with Michael Jordan.

He said of Jordan, “His hunger and his desire to play stood out. When we were together, it was a situation where he was able to put his personal aggressive desire or hunger on the basketball court aside, and we blended and we did things. We played cards. We had some fun together.”

Gilmore played during an era of great centers and thrived, still holding the NBA career record for highest field goal percentage at .599. He is a hall-of-famer.

19th All-Time in Field Goals Made

No. 1 All-Time in Field Goal Percentage in both ABA and NBA

15th All-Time in Free Throws Made

15th All-Time in Rebounds Per Game

14th All-Time in Blocks Per Game