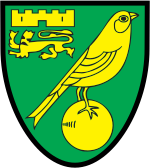 Norwich City have confirmed that one of their players will have to isolate for seven days after testing positive for Covid-19.

That takes the total to 16 from 8,687 as players and staff from clubs continue to be tested twice a week, ahead of the top flight resuming on Wednesday.

City released a statement on Saturday night saying: “Norwich City can confirm that one of its players has returned a positive test result following the recent round of Covid-19 testing.

In line with the Premier League’s protocols, the player will now self-isolate for a period of seven days before being tested again at a later date

The Premier League have announced there were two positive results from the eighth round of coronavirus testing.

Norwich City have confirmed that one of the positive cases is a player from their club.

1200 players and staff were tested. pic.twitter.com/CCpn6wHrbW

Norwich City Football Club (also known as The Canaries or City) is an English professional football club based in Norwich, Norfolk, that competes in the Premier League, the top division of English football. The club was founded in 1902. Since 1935, Norwich have played their home games at Carrow Road and have a long-standing and fierce rivalry with East Anglian rivals Ipswich Town, with whom they have contested the East Anglian derby 134 times since 1902. The fans’ song – READ MORE »