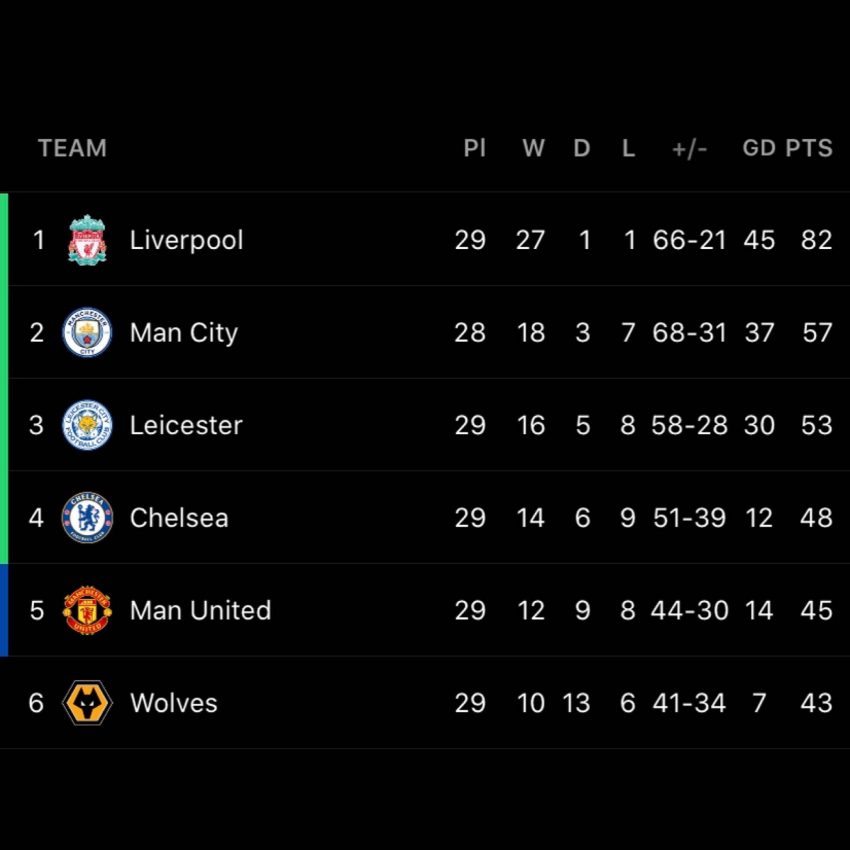 The Premier League is back since the inception of the pandemic. And there’s 92 games left. Everyone is calling it Project Restart. Here’s the standings in the top six:

Liverpool is poised to win the league, currently they are first place with 82pts, putting them 25pts ahead of second place club Manchester City.

It’s been almost the perfect season for Jürgen Klopp’s side, but hey – who apart from Watford fans will remember that one blot on the copy book if Liverpool go on to win the remainder of their games… something that looks a distinct possibility! On a seemingly endless pursuit of all-time records for points, wins, goals and every other stat worth mentioning – Liverpool will guarantee a first title in 30 years with just 2 more victories.

Here’s the first week of action: