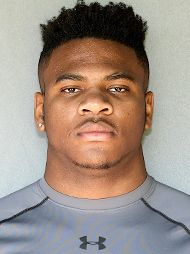 Micah Parsons is opting out of the 2020 college football season, a program source confirmed to Lions247.

The 2019 Big Ten Linebacker of the Year, Parsons is projected as a high first-round 2021 NFL Draft prospect. He carried two seasons of collegiate eligibility into 2020 as a junior but was widely projected to depart campus following the 2020 campaign.

Last season, Parsons was a finalist for the Butkus Award, presented annually to college football’s top linebacker, after totaling 109 tackles — 14 for loss — and five sacks. He capped off that effort with Cotton Bowl Defensive MVP honors (14 tackles, two forced fumbles, two sacks) in a win over Memphis.

Should be made official later tonight or early tomorrow.https://t.co/1rBqoccKN3