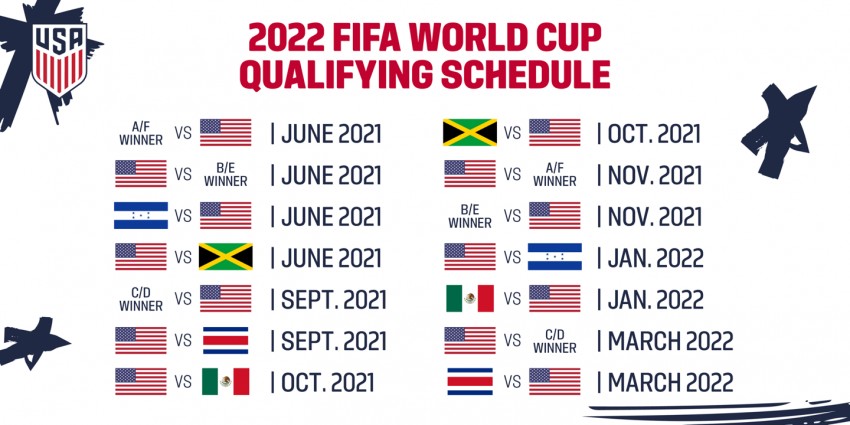 The US Soccer National Team 2022 World Cup Qualifying Schedule has been released following the official draw at FIFA House in Zurich, Switzerland, on Wednesday. The USMNT will open its 14-game Final Round World Cup Qualifying slate in June 2021 away to an undetermined opponent.

With six wins, five draws, three losses should get you in. There’s been chatter of what is the best way for the US to take this schedule. Many say the US can afford losses against Mexico and Costa Rica, twice or once, and get in with draws and wins.

Final match dates, times and venues will be confirmed at a later date.