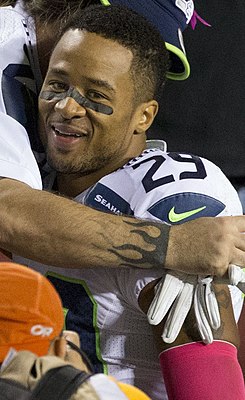 After a week of controversy surrounding safety Earl Thomas, the Baltimore Ravens are moving to either release or trade the Pro Bowl safety, per a report from ESPN’s Adam Schefter.

Per the report, If Thomas is the Ravens would be able to use the justification of conduct detrimental to the team following an incident when Thomas was sent home from practice for punching with teammate chuck clark after an argument.

Sources also indicated to Schefter that, should Thomas be released, the Dallas Cowboys would be the leading contender for his services. Schefter did not indicate whether or not Dallas would be willing to trade for him, however.

According to Schefter, Any team that trades for Earl Thomas also would be responsible for his contract.

Earl Winty Thomas III (born May 7, 1989) is an American football free safety for the Baltimore Ravens of the National Football League. He was drafted by the Seattle Seahawks in the first round of the 2010 NFL Draft and would later assist with the team’s first Super Bowl victory in Super Bowl XLVIII against the Denver Broncos. He played college football at Texas and received consensus All-American honors. During his time with the Seahawks he was a core member of the Legion of Boom defense. – READ MORE »