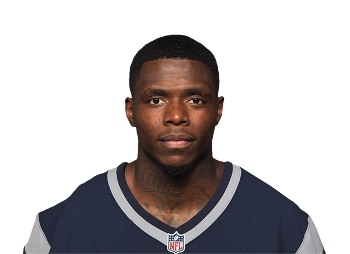 Receiver Josh Gordon, who has applied to the NFL for reinstatement from his suspension, has re-signed with the Seahawks.

Gordon has applied for reinstatement and is awaiting results.

Gordon was suspended indefinitely by the NFL on Dec. 16 for violations of the league’s policies on performance-enhancing substances and substances of abuse. It was his sixth suspension since the 2013 season and the fifth for some form of substance abuse, according to ESPN Stats & Information research.

The Seahawks claimed the one-time Pro Bowler in November after he was released off injured reserve by the New England Patriots. Gordon, who turned 29 in April, had seven catches for 139 yards as the No. 3 receiver with Seattle, including a 58-yard reception during a 30-24 victory over the Carolina Panthers the day before he was suspended.

“Our heart goes out to Josh to have to face this again,” Seattle Seahawks coach Pete Carroll said the day Gordon was suspended. “The fact that he’s up against it and all, it poses a great challenge to him. Fortunately, he’ll have the benefit of all of the league’s resources to support him and to help him, and we’ll wish him the very best in taking care of business. It was very unfortunate.”

Gordon missed the entire 2015 and 2016 seasons as a member of the Cleveland Browns and also was suspended in December 2018 for violating terms of his reinstatement, missing the final three games of the season with the Patriots.

Flash is back? ⚡️

Seahawks are expected to re-sign Josh Gordon if the WR is reinstated by the NFL, per @JFowlerESPN pic.twitter.com/sQwaoY1ngn