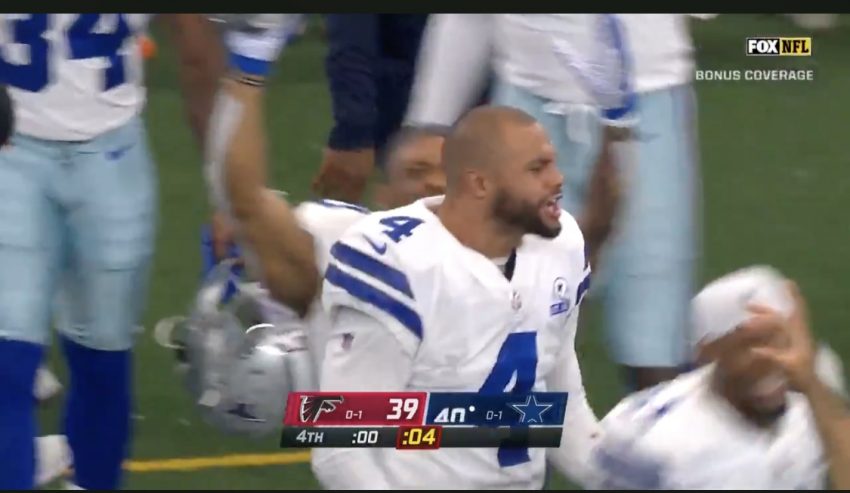 The Dallas Cowboys looked to be headed for their first 0-2 start since 2010 … until Dak Prescott and Co. found a bit of late-game magic.

It took a last-minute comeback and another collapse by the Atlanta Falcons, but Mike McCarthy notched his first win with the Dallas Cowboys in his home debut, albeit in a fashion much more dramatic than the coach likely would have wanted wanted.

The Cowboys erased a 20-point deficit Sunday and scored 16 points in the final five minutes to beat the Falcons 40-39, avoiding the franchise’s first 0-2 start since 2010.

THE COWBOYS HAVE COME BACK TO BEAT THE FALCONS‼️