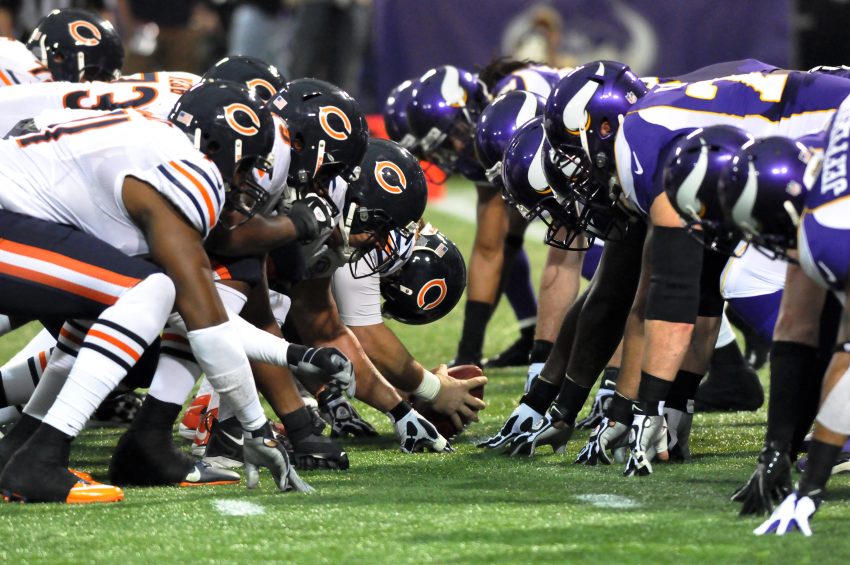 This was a quite interesting game as both teams for their opening drives turned the ball over. It begun with Kirk Cousins throwing to Kyle Rudolph but a hit by Danny Trevathan causing a fumble . Then two plays later on the Bears next drive Nick Foles throws a pass intended for Anthony Miller but is intercepted by Harrison Smith. Neither of the two teams were that consistent on the offensive side but the special teams played a important role in moving the ball. This low scoring affair came down to the wire but ended in an injured quarterback for the Bears and the Vikings coming away with the 19-13 scrappy victory.

Why the Bears Lost

Their offense was not in sync at all Foles was either over throwing receivers or throwing to the other team. To add onto that, he was getting clobbered in the pocket leading to the Bears last drive under a minute when he was sacked and carted off the field. Special teams was a bright spot for the Bears as Cordarelle Patterson ran back a 104 yard kick return to begin the second half. We give credit though to Bears defense holding Dalvin Cook to only 96 yards.

Why the Vikings Won

Well they were blitzing at the perfect time in all honesty. The Bears fallen O-Line was getting pummeled and thats the reason Nick Foles couldn’t get in a groove, the pressure kept coming in at high rates. Some key names in this defensive pressure are DJ Wonnum and Eric Wilson who had a sack each on Foles. Harrison Smith contributed heavily also with nearly two turnovers. The offense wasn’t bad while Dalvin Cook didn’t have a spectacular night he didn’t put up bad numbers against an aggressive defense. Justin Jefferson was putting up rookie of the year numbers hauling in 8 receptions for 135 yards but no touchdowns. We see he might be in the running for this award if he keeps up this positive production in the future.

The Bears (5-5) will have a week to rest and reflect before returning in Week 12 with a “Sunday Night Football” matchup with the NFC North-leading Green Bay Packers (7-2).

The Vikings (4-5), will head back home for a showdown with the Dallas Cowboys (2-7), who are set to welcome back Andy Dalton at quarterback.