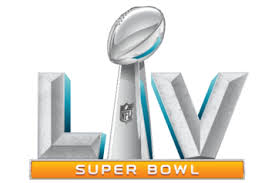 The Super Bowl LV has come, it’ll be between the Kansas Chiefs and the Tampa Bay Buccaneers. The game is set to kick-off at 6:30pm ET.

The Chiefs got to the Super Bowl by winning the AFC regular season with a record of 14-2. The Chiefs had a first round bye; in the divisional playoffs they defeated the Cleveland Browns 17-22, and the defeated the Buffalo Bills 24-38 in the AFC Championship Game.

The Buccaneers made it to the Super Bowl by finishing the season with a 11-5 record, had a wild card game against the Washington Football Team where they won 31-23. Then they faced they’re divisional rival the New Orleans Saints, where they lost twice in the regular season, and defeated them 30-20. Then they faced the NFC Conference regular season champion the Green Bay Packers at Green Bay, where they were able to pull off a win 31-26.

Who do you think will win? Leave a comment below. Enjoy the Super Bowl!