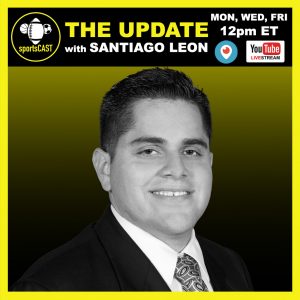 We are finalizing the march madness bracket 2021 with Ryan Christa.

The men’s basketball tournament will begin with the First Four on March 18. The first games will be played at the Simon Skjodt Assembly Hall in Bloomington and the Mackey Arena in Lafayette. The championship will be held on April 5. Lucas Oil Stadium is also a host site.

The NCAA will allow a limited number of fans for the men’s tournament in each round. Each game will carry a 25% capacity with social distancing.

The NCAA said, “Event capacity will include all participants, essential staff and family members of each participating team’s student-athletes and coaches and a reduced number of fans. All attendees must wear face coverings and physically distance during the event. Thorough cleaning, disinfecting and safety measures will be a priority in all venues.”

Santiago Leon 0:13
The sports cast March 17, meaning Happy St. Patrick’s Day. Welcome to the sports cast. If you haven’t yet, please subscribe to all our channels. Periscope, iTunes, Apple podcast, YouTube, and we’re on Twitch. That’s right. We are on Twitch as well. You can vote if you’re a video person and you hang out at Twitch. We are there as well. And also visit us on the sports cast. dotnet the sports cast dotnet for the latest and greatest when it comes to sports. A lot going on this week. Of course we have March Madness, NFL free agency NBA a few games out there but joining us on the road. Ryan Chris. You’re driving. Welcome back to the sports cast.

Yeah, right. I think your connection might be bad. I might have to call you in. Okay. Yeah, let me call you and let me call you in guys. Sorry about that. Sometimes when you’re on the road, you might have not had the best internet but it’s probably best if you call them in and I’m going to call Ryan in because Ryan sounds better on the phone than over Skype. Audio. might be better. Much better. Ryan. Wow. Much better. Thank you so much. Alright, so we’re gonna go through the bracket we finished off. We were at the sweet 16 and we’re gonna finish the bracket and we’re gonna make it to the national championship and who’s gonna be winner? Are you ready? Alright, so I want to switch to the camera mode here. And let’s go on for the Let’s go. With the first game Gonzaga versus Creighton. Who do you got?

Ryan Christa 2:33
The Bulldogs winning this one. I think there’s somebody high energy high scoring game two great offensive coaches and Greg McDermott and Mark view. I’ll say this again. I say this one, I’ll say again, another, you know this Gonzaga. They You know, they’re undefeated. They got you know, young superstar, like a Jaylen Sox with a veteran leader like Corey kispert. And somebody in the middle like drew to me. This is a dynamic team. Now gradient is a well balanced state. This is one of Greg McDermott, better defenses, you know, they might not have the scoring points to make the team with his son, Doug McDermott, but at the same time, this is definitely a team that I think can run for their money, but I think the Bulldogs are winning the end.

Santiago Leon 3:22
Gonzaga wins the favorite for a lot of people. Kansas versus Iowa. Midwest game. What do you got in the West and that semi final in that sweet 16 match?

Ryan Christa 3:38
Two teams, you know this comes out Cesar dagga is gonna have a rematch with somebody from a previous matchup. Is that going to be Kansas or Iowa earlier this year? I think I’m gonna go to Iowa, you know, Iowa that Luka Garza is the best place player in college basketball this year from start to finish. Jordan but you have more he is a dynamic guard you know playmaker, definitely a well coached team and grand McCaffrey This is definitely not an iconic Canvas team but definitely a team where they are three 616 match match. Team but i think you know, I think in the end, I was much more fireheart