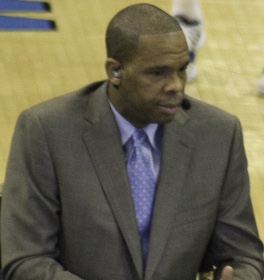 North Carolina has reached an agreement in principle to hire UNC assistant coach Hubert Davis to replace Roy Williams as the school’s basketball coach, according to CBS Sports’ Gary Parrish. Davis, 50, was a star guard for the Tar Heels under Dean Smith from 1988 to 1992 before a lengthy NBA playing career. He has spent the last nine seasons as an assistant for the Tar Heels.

Williams announced his retirement last week after 18 seasons leading the program. UNC won three national titles under Williams’ direction, and Davis was on the bench for the most recent title in 2017. As a former Carolina player and current assistant, Davis was expected to be one of the top candidates for the job once Williams, 70, stepped down.