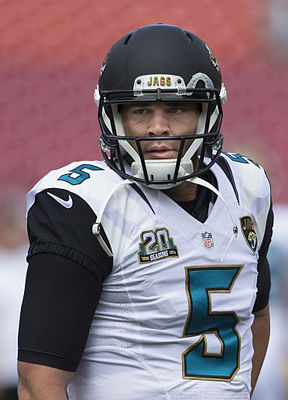 The Green Bay Packers are signing veteran quarterback Blake Bortles, according to a report from ESPN NFL insider Adam Schefter. The contract is a one-year deal, according to Schefter.

The third overall pick out of UCF in the 2014 NFL Draft, Bortles has been bouncing around the league to various teams over the last few years. After spending five seasons with the Jacksonville Jaguars, Bortles spent the 2019 season with the Los Angeles Rams. In September of 2020, Bortles was signed by the Denver Broncos, but then released in October. The Rams signed Bortles again in December of 2020.

Bortles has not played in a game since 2019, when he played in three games with the Rams, throwing just two pass attempts. Bortles has not started since his final year with the Jaguars, when he started 12 games that season. That year, Bortles threw for 2,718 yards, 13 touchdowns and 11 interceptions.