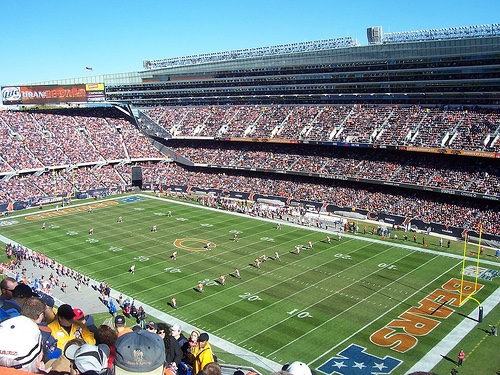 The possibility of the Chicago Bears leaving Soldier Field for a new stadium in Arlington Heights became significantly more realistic once they put in a bid to buy the Arlington International Racecourse property.

The potential relocation had been little more than speculation until team president Ted Phillips announced the bid Thursday. Phillips couched it as the Bears exploring “every possible option” and allows them to “further evaluate the property and its potential” if their bid is accepted, and it’s obvious that means relocating is legitimately under consideration.

The Bears have made numerous relocation ploys over the years to gain leverage over the City of Chicago in negotiations over Soldier Field. Arlington Heights was a possibility in the 1970s, when Chicago mayor Richard J. Daley threatened to prevent the team from using Chicago in its name and mused about the lack of interest there would be in “the Arlington Heights Bears.”

The Chicago Bears recently submitted a bid to purchase the property at Arlington International Racecourse. https://t.co/Lh8qSnlOs7

The Bears announced they’ve submitted a bid to buy the Arlington International Racecourse property to potentially move Soldier Field out of Chicago and into the suburbshttps://t.co/ra0dRduBlX