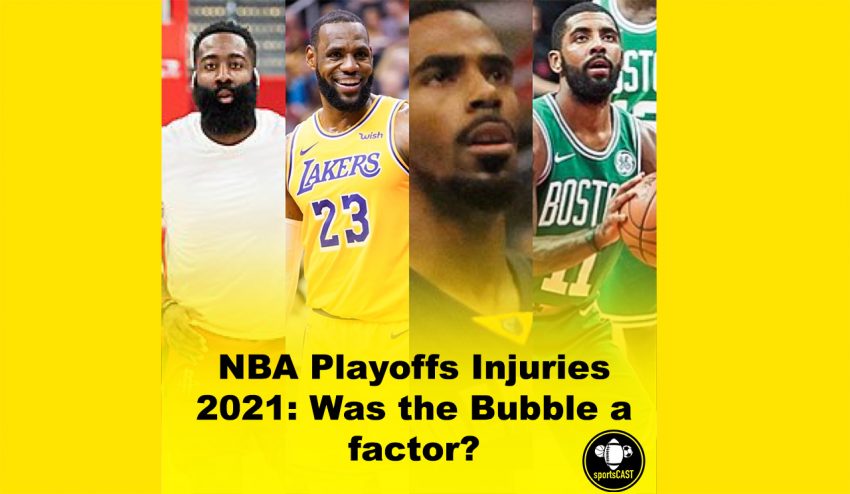 There was a series of NBA injuries in the 2021 NBA Playoffs, from James Harden to Lebron James. But was the 2020 NBA Bubble an issue?

Ryan Christa, Sports Cast contributor, says it could of been a factor, “They took off for about a month and a half off to two months, a quick off-season. Which is a reason why you had a lot of soft tissue injuries.”

Joel Embiid, James Harden, Lebron James, Mike Conely, and Kyrie Irving were among the notable players who were injured in this off-season and some may say caused their teams to get eliminated from the playoffs.

Was the bubble a factor of many injuries during the 2020-21 season?