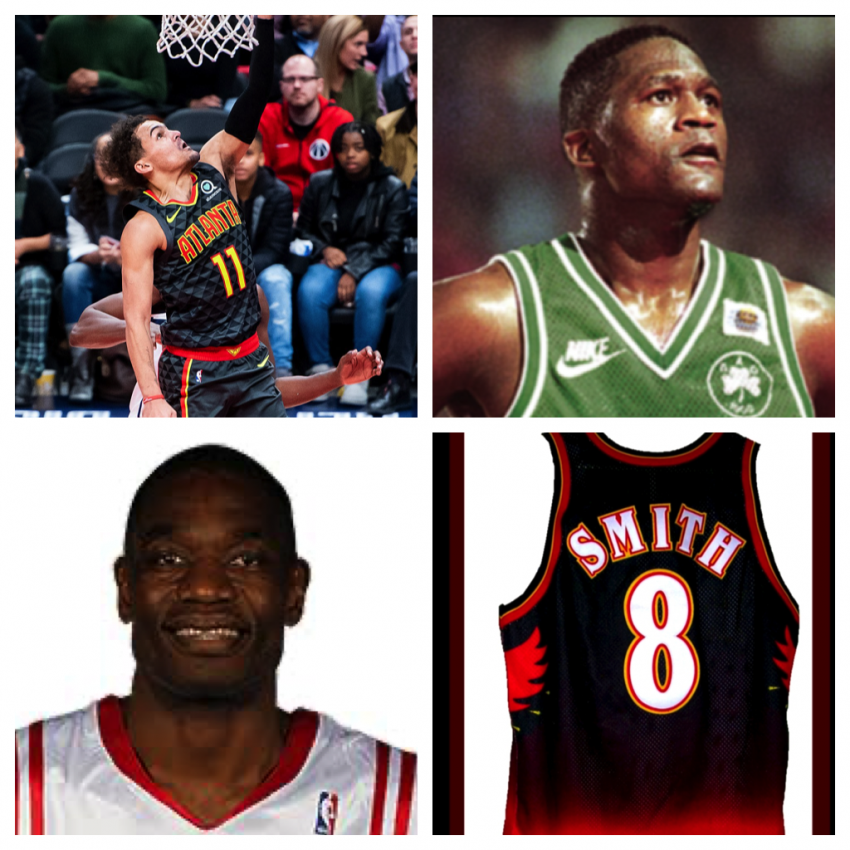 Atlanta Hawks has been making buzz lately due to the surge of Trey Young and the 2020-21 deep run in the NBA Playoffs. But who have been the best Atlanta Hawks in history?

The Hawks have been around since the 1940s but they were founded in Buffalo, New York, but relocated to Atlanta until the 60s.

Here’s our list of the best Atlanta Hawks players of all-time:

Dominique Wilkins
Wilkins was selected third overall (behind James Worthy and Terry Cummings) by the Utah Jazz in the 1982 NBA draft. However, Wilkins was not willing to play in Utah. At the same time, the Jazz were reeling from cash flow problems. As a result, the Jazz traded Wilkins to the Atlanta Hawks several months after the draft for John Drew, Freeman Williams and $1 million in cash.

Wilkins averaged more than 25 points per game for ten consecutive seasons, and captured a scoring title in 1985–86 with an average of 30.3 points per game.

A nine-time NBA All-Star and the winner of two NBA slam dunk contests, Wilkins registered 26,668 points and 7,169 rebounds in his NBA career. As of 2021, he ranks 14th on the NBA scoring list.

Trey Young
In the 2018 NBA Draft, the Hawks selected Luka Dončić with the third overall pick and immediately traded him to the Dallas Mavericks for a 2019 protected first-round pick and the draft rights to Trae Young.

Joe Johnson
In the summer of 2005, the Hawks completed a sign and trade deal with the Phoenix Suns to acquire Joe Johnson in return for Boris Diaw and two future 1st round picks.

Johnson was with the Hawks for seven seasons, being the highest scorer for the club in those years. He registered a second career triple-double in 2008. He eclipsed the 10,000-point plateau for his career with his first basket during a 110–107 loss to the Milwaukee Bucks on January 31, 2009.

Steve Smith
Smith started in 59 of 78 games for Atlanta and averaged 16 points during the regular season and 19 points in the playoffs, as the Hawks lost in a first round sweep to the Indiana Pacers. He would go on to average a then career-high 18.1 points a game in 80 starts in the 1995–96 season, forming a formidable backcourt one-two punch with Mookie Blaylock. The team under head coach Lenny Wilkens would win 46 games and defeat Indiana in the first round in 5 games before falling to the Orlando Magic in the conference semifinals in 6 games. Smith averaged 21.7 points in 10 playoff games, including a 35-point performance in a game 4 win against the Magic.

Tracy McGrady
Tracy McGrady came to the Hawks towards the end of his career only averaging a career-low 5.3 points per game.