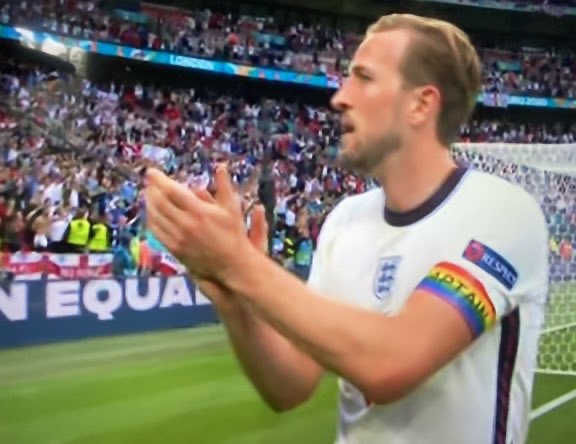 England triumphed over a German team at Wembley Stadium on Tuesday, winning 2-0 to reach the European Championship quarterfinals.

And just like in England’s two group wins, Raheem Sterling was on the scoresheet, breaking the tense deadlock in the 75th minute in a move he started and completed.

The round of 16 finally saw England net more than once at Euro 2020, and for Harry Kane to shed the pressure on his shoulders by finally scoring. The striker headed in Jack Grealish’s cross in the 86th minute to give England only its second-ever win in the knockout stage of the European Championship.

England will play either Sweden or Ukraine in the Euro 2020 quarterfinals on Saturday in Rome.

Prince William, Catherine, the Duchess of Cambridge, and Prince George during the UEFA EURO 2020 round of 16 football match between England and Germany at Wembley Stadium 📸@GettyImages pic.twitter.com/k8wgudR4k5

Prince William, President of the Football Association along with Catherine, Duchess of Cambridge applaud prior to the UEFA Euro 2020 Championship Round of 16 match between England and Germany at Wembley Stadium, England. 📷: John Sibley – Pool #EURO2020 #ENGGER @KensingtonRoyal pic.twitter.com/AhVelRd4mo