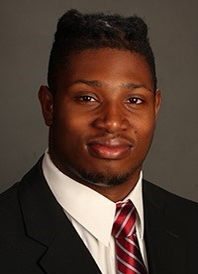 Alabama’s starting Sam linebacker will likely miss the rest of the 2021 season.

Christopher Allen sustained a foot injury early in the second quarter of the Crimson Tide’s 44-13 win over Miami on Saturday in Mercedes-Benz Stadium. He suffered the injury after sacking Hurricanes quarterback D’Eriq King and forcing a fumble that was recovered by Alabama.

Allen then spent time in the Crimson Tide’s medical tent before emerging with a walking boot on his right foot and riding a cart to the locker room. He was later seen on the sideline on crutches, and on Monday, coach Nick Saban said Allen will likely miss the rest of the season.