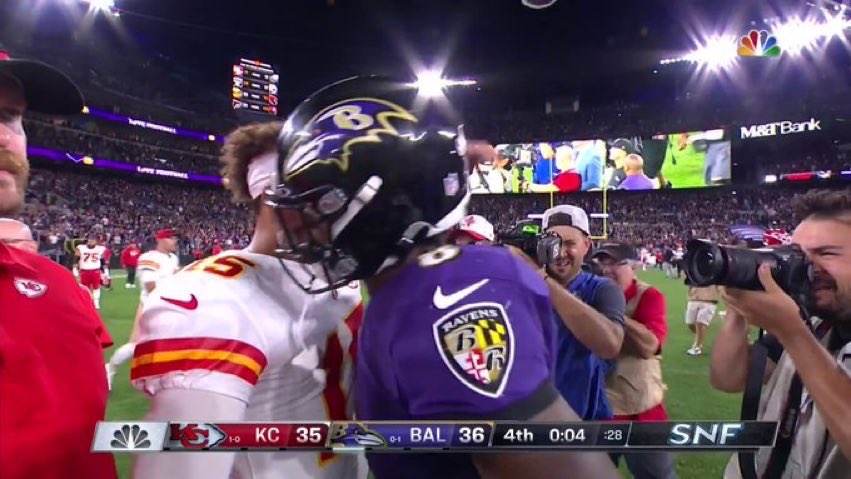 The Baltimore Ravens overcame a slow start and ended the night with their first victory over Patrick Mahomes and the Kansas City Chiefs, evening their record at 1-1 thanks to a thrilling 36-35 comeback victory in front of the home crowd at M&T Bank Stadium.

Lamar Jackson was picked off both on the opening drive of the game and later in the first half — each time by Tyrann Mathieu — but he battled back, tossing a touchdown pass and running for two others, and also picked up a game-sealing first down with less than a minute to go in the game. Jackson’s heroics put the Ravens in position to win the game, but it was rookie edge rusher Odafe Oweh who made what might have been the biggest play of the night, forcing a Clyde Edwards-Helaire fumble with the Chiefs in field-goal range and the clock winding down.