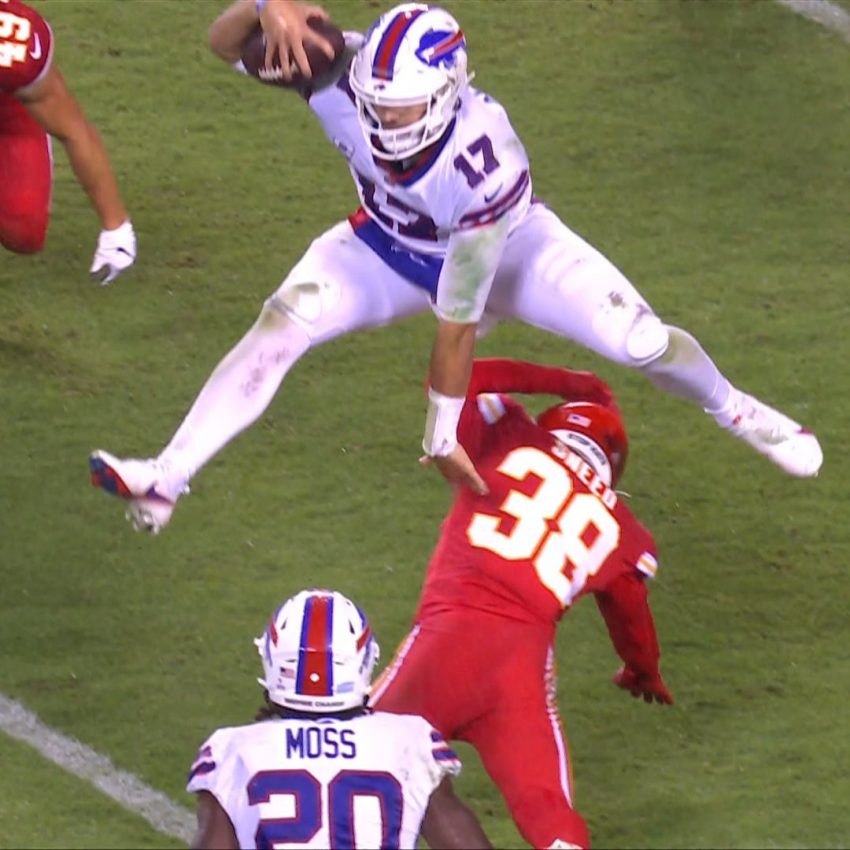 The Buffalo Bills got their revenge on the Kansas City Chiefs. Josh Allen and Co. went to Arrowhead Stadium and whooped the home team 38-20 in a game that was delayed more than an hour due to severe weather at halftime and was not as competitive as the final score.

The Bills improved their record to 4-1 with the victory, while the Chiefs dropped to 2-3 and last place in the AFC West. Allen threw for three touchdown passes and ran for another, while the Buffalo defense held Patrick Mahomes to just 5 yards per attempt and intercepted him twice.