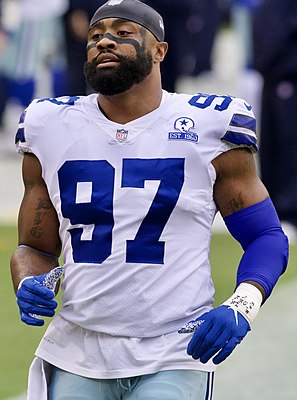 Everon Griffin, 33, posted a video of him brandishing a gun and claiming that people were trying to kill him. He then proceeded to explain that he had bullets in the gun and that it was registered to him, though he claimed Dalvin Cook helped him acquire it.

The Vikings addressed the matter via a statement Wednesday morning. The team said that representatives had been at Griffen’s home since early in the morning.

And later in the morning, Minnetrista police said that Griffen would not exit his house and that law enforcement and psychologists from the Vikings are engaged in “ongoing communication with Griffen.”