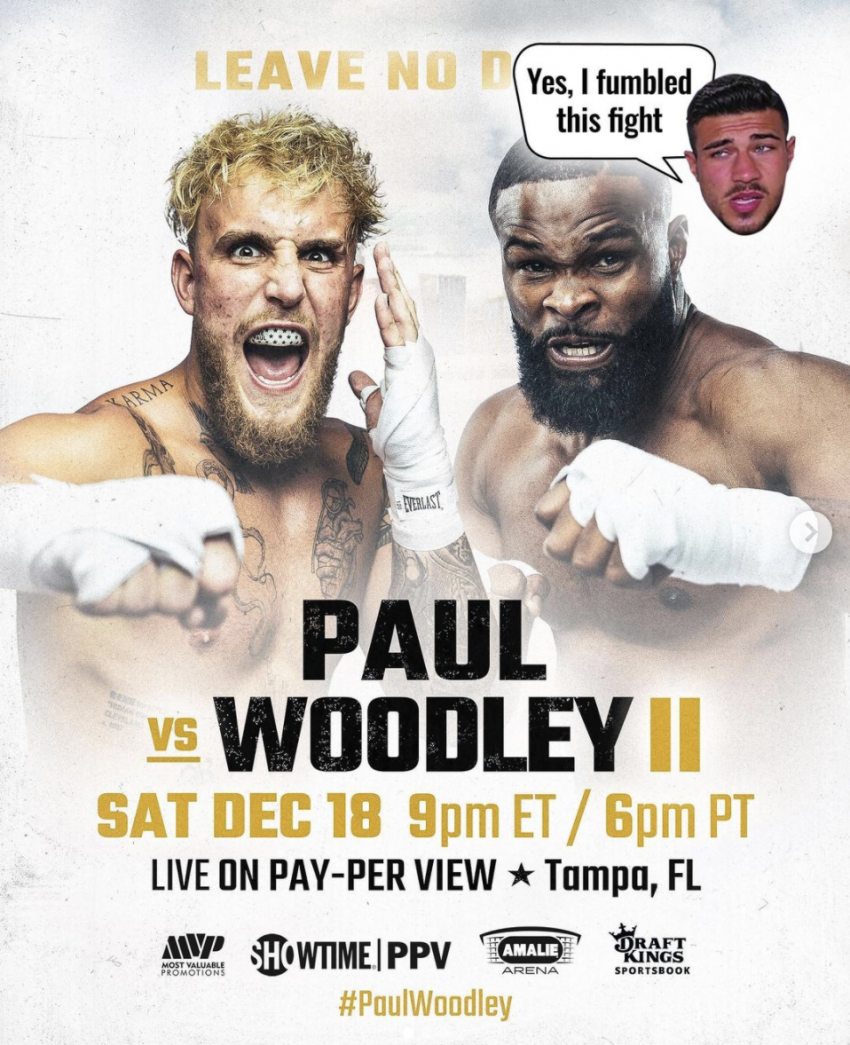 Tommy Fury’s grudge match against YouTuber Jake Paul has been called off, according to reports. The Mirror claim Fury has pulled out of this weekend’s bout, with Paul instead expected to fight Tyron Woodley as a last-minute replacement. The pair were due to meet in Florida on Sunday, but Fury, the brother of heavyweight world champion Tyson Fury, is said to have missed training due to illness in recent days, though no reason for his withdrawal has yet been confirmed.

Paul beat UFC fighter Woodley in Cleveland earlier this year to take his unbeaten professional record to four fights. On the same card, Fury beat Anthony Taylor and a heated exchange between the pair on the night heightened the animosity between them.

Breaking: Jake Paul announced on Twitter that Tyron Woodley has accepted a rematch on Dec. 18 after Tommy Fury dropped out of the fight for medical reasons.

Paul also said he’ll give Woodley an additional $500,000 if he’s able to knock him out.@ESPNRingside pic.twitter.com/EYUUrSFb8j

Tyron Woodley looking to fill in the spot. pic.twitter.com/Nh25Y2IlYE