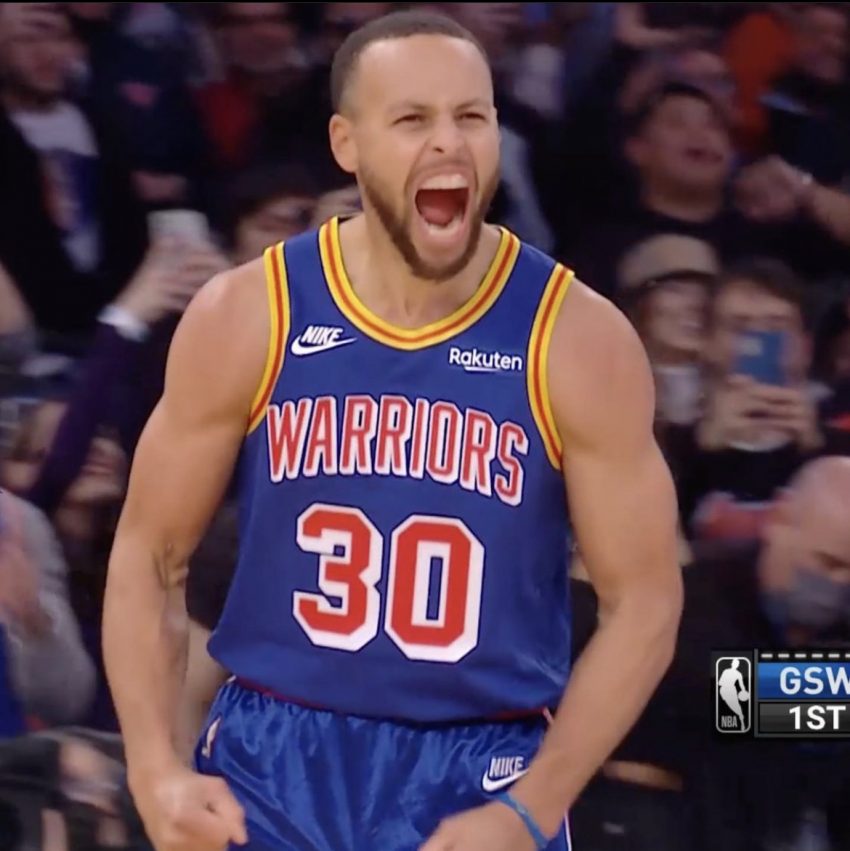 Stephen Curry has shot his way to the top of the NBA record book for 3-pointers.

Curry hit his 2,974th 3-pointer Tuesday night in the first quarter of the Golden State Warriors’ game against the New York Knicks, breaking the record set by Ray Allen.

Curry hit the shot from the right wing with 7:33 remaining, waving his arms toward the sky as he jogged backward down court. The Warriors then committed a foul and quickly called timeout to let the celebration begin. Curry exchanged hugs with coach Steve Kerr, longtime teammate Draymond Green, family members and Allen, who was at the arena.