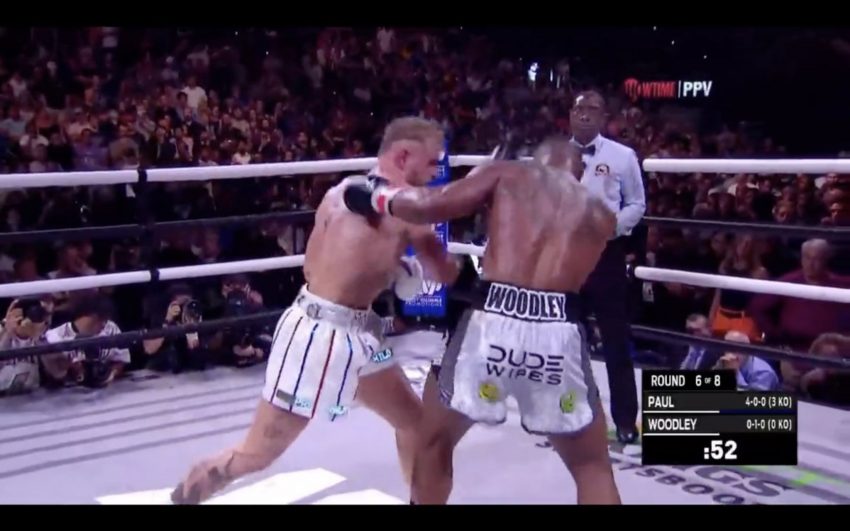 Jake Paul (5-0, 4 KOs) feinted with a jab to the body and came over the top with a flush right hand to knock Tyron Woodley out cold and set off a wild celebration inside Amalie Arena in Tampa, Florida. The Showtime pay-per-view contest saw the 24-year-old Paul leave no doubt in ways he didn’t in August when he hung on for a split decision over Woodley in their first meeting.

The cruiserweight bout was contested at a catchweight of 192 pounds and survived a late opponent switch as Woodley, 39, filled in for the injured Tommy Fury, the half brother of heavyweight champion Tyson Fury, on less than two weeks’ notice.

Tyron: “The fact that he can actually say, ‘I beat Tyron Woodley’ on paper. It makes me want to… Why is the moon out?”

Jake Paul: “That is odd that the moon is out”