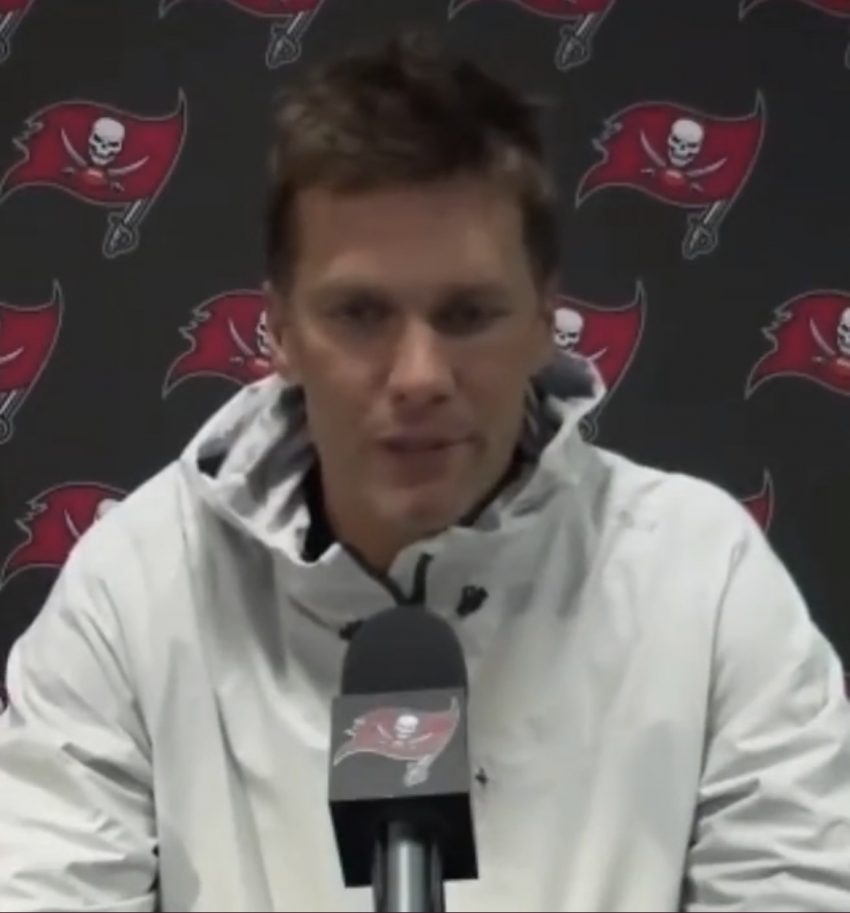 The Tampa Bay Buccaneers escaped New York with a 28-24 win over the Jets, but they will board their team flight home short a player. In the third quarter, star wideout Antonio Brown took off his shoulder pads, his shirt and other equipment before exiting the field in a strange manner.

Following the conclusion of the game, Buccaneers head coach Bruce Arians said that Brown was “no longer a Buc.” Quarterback Tom Brady had more to say about Brown’s strange outburst, including that he hopes Brown gets the kind of help he needs. Brady also preached compassion and empathy, and seemed to hint that Brown is going through some things in his life.

“Yeah, I mean that’s obviously a difficult situation, and I think we all want him to — I think everybody should hopefully do what they can to help him in ways that he really needs it,” said Brady. “We all love him, we care about him deeply. We want to see him be at his best, and unfortunately it won’t be with our team. We have a lot of friendships that will last and again I think the most important thing about football are the relationships with your friends and your teammates and they go beyond the field. I think everyone should be very compassionate and empathetic toward some very difficult things that are happening.”

Tom Brady said he encourages everyone to be compassionate towards Antonio Brown. He also said he wasn’t aware of what was happening while it was happening. He said he found out what happened after the game.