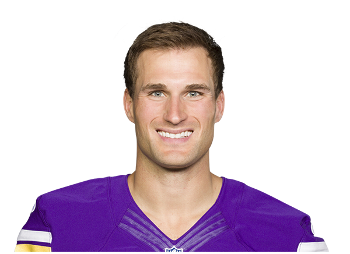 The Vikings have agreed to a 2-year extension with QB Kirk Cousins, per his agent.

On March 15, 2018, Cousins signed with the Minnesota Vikings on a fully guaranteed three-year contract worth $84 million. This is the first fully guaranteed and, as of signing, highest paying contract in NFL history.

In his second season, he finished the 2019 season with 3,602 passing yards, 26 passing touchdowns, and six interceptions. He led the Vikings into the Playoffs going all the way to the NFC Championship game but losing against the San Francisco 49ers.

Cousins played college football at Michigan State from 2009 to 2011, and was drafted by the Washington Redskins in the fourth round of the 2012 NFL Draft.