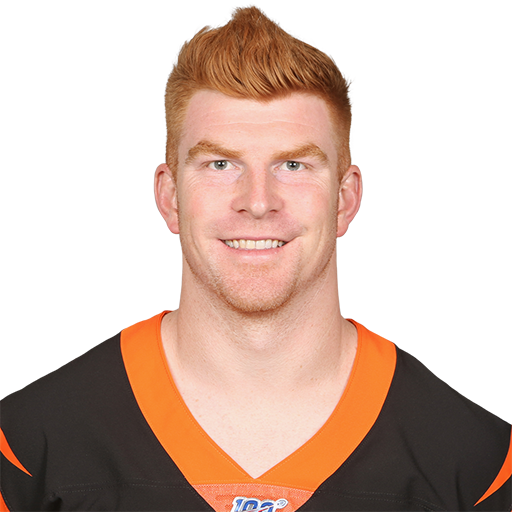 The Bengals are releasing Andy Dalton, who served as the team’s starting quarterback for the past nine seasons, a source told ESPN’s Adam Schefter.

Dalton had been with the team’s primary starter since it drafted him in the second round of the 2011 draft. Dalton, 32, led the Bengals to the playoffs from 2011 to 2015, losing in the wild-card round each time, and is the franchise’s career leader in passing touchdowns.

The move is coming one week after the Bengals drafted former LSU quarterback Joe Burrow with the top overall pick in this year’s draft. Burrow threw 60 touchdowns in 2019, an FBS record, and won the Heisman Trophy as he led the Tigers to the national championship.

Andrew Gregory Dalton (born October 29, 1987) is an American football quarterback who is a free agent. He played college football at Texas Christian University (TCU). In his final college game, Dalton led TCU to a win in the 2011 Rose Bowl. He is the all-time leader in wins at Texas Christian University.Dalton was selected by the Cincinnati Bengals in the second round of the 2011 NFL Draft and signed a four-year, $5.2 million contract. Under a West Coast-style offensive scheme, Dalton and All-Pro wide receiver A.J. Green have become a prolific quarterback/receiver combination. Dalton and Green broke NFL records for completions and yards for a rookie quarterback/receiver combination, even without the benefit of an offseason.Dalton is one of ten quarterbacks in NFL history to have thrown for over 3,000 yards in each of his first three seasons, alongside Cam Newton, Peyton Manning, Andrew Luck, Derek Carr, Ryan Tannehill, Jameis Winston, Carson Wentz, Dak Prescott, and Russell Wilson. He is also one of only six quarterbacks to have passed for at least 20 touchdowns in each of his first three seasons, joining Manning, Luck, Carr, Wilson, and Dan Marino. Dalton is the only quarterback to lead the Bengals to five consecutive playoff berths, and one of five quarterbacks to lead his team to the playoffs in each of his first five seasons. He is also the Bengals franchise record holder for passing yards in a season, passing touchdowns in a season, and career passing touchdowns.