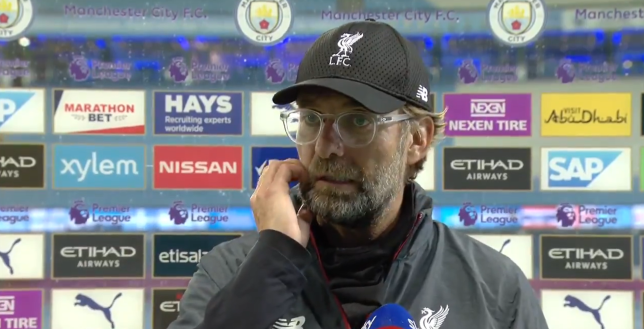 Despite the 4-0 defeat to Manchester United, Liverpool Coach Jurgen Klopp defended his players afterwards, quickly downplaying any notion that they may have not been fully focused after celebrating their title win over the weekend.

Klopp told Sky Sports: “I saw a brilliant attitude. I saw fight. We didn’t behave like somebody who became champions a week ago – that was all good. We lacked fluidity, that’s for sure. And in some 50-50 situations they were quicker than us in mind.

Klopp – clearly frustrated – then reiterated his point when not understanding a question from Sky Sports reporter Geoff Shreeves on whether the result should be put into perspective.

The Liverpool boss responded: “If you want to lead the story in the direction that we were not focused on that game, then do it. I like my team how they set up. I said that and I thought that was clear. I think we proved that point. And City proved they are an unbelievably good team. Isn’t it nice that another team can be champions even when City is around and plays this kind of football?”