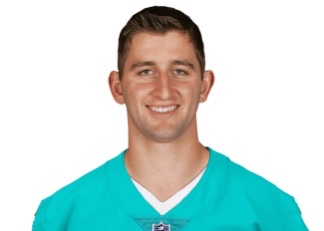 Miami has decided to release quarterback Josh Rosen, a source told ESPN’s Adam Schefter, instead of working out a potential trade.

It marks the second time a team has jettisoned Rosen over the past 17 months and puts a cap on an unsuccessful tenure in Miami. The Dolphins are admitting a mistake in trading for Rosen by giving up on him a year later. It also gives Rosen a fresh start and a rare third chance to salvage his NFL career.

Rosen, 23, is entering his third NFL season potentially with his third team. And yet, he’s younger (by roughly 60 days) than Cincinnati Bengals rookie quarterback Joe Burrow. It has yet to be seen if another team is willing to take a chance on Rosen’s potential, given the Arizona Cardinals’ 2018 first-round pick has a 3-13 record in the 20 games he has played.

With this release, the Dolphins have decided they are comfortable going with Ryan Fitzpatrick and Tua Tagovailoa as their only QBs throughout the 2020 season. It’s likely the Dolphins will add a practice squad quarterback; Jake Rudock, who was on the Dolphins’ 2019 practice squad, is an option.