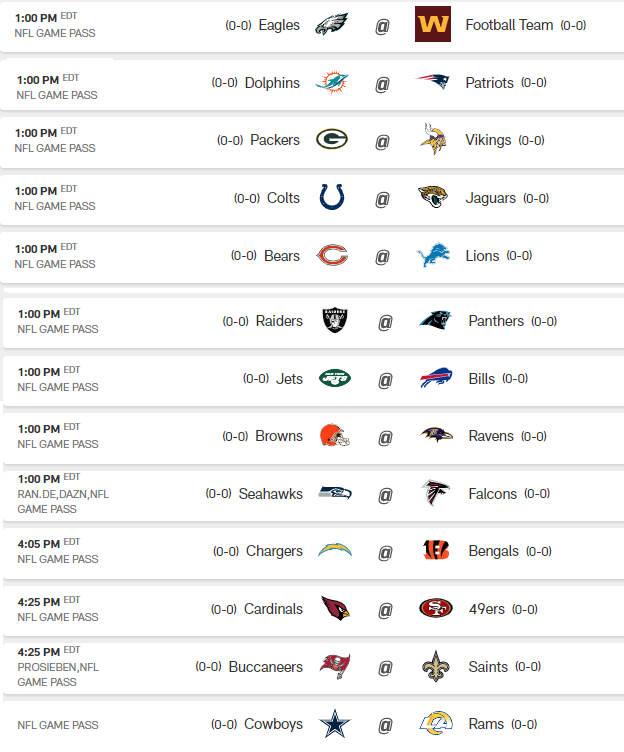 NFL 2020 Week 1 kickoffs in a unusual time but the NFL has moved forward with teams playing with no fans in their stadium. Only the Jacksonville Jaguars will be hosting fans in Week 1.

This season we are going to see interesting storylines, a Patriots team with no Tom Brady but with Cam Newton. Brady joined the Tampa Bay Buccaneers this past offseason with a loaded offense and a familiar face, Rob Gronkowski.

The AFC has two young quarterbacks leading the way in the conference: Patrick Mahomes and Lamar Jackson, we’ll see who will come on top.

The NFC is also exciting, especially in the West where we will see a loaded Arizona Cardinals and young quarterback Kyler Murray connecting with DeAndre Hopkins.

Week 1 has some intriguing games, the Baltimore Ravens will take on the Cleveland Browns in a AFC North showdown, potentially two playoff teams on paper. In the 4pm Eastern slot, the Tampa Buccaneers take on the New Orleans Saints with Brady vs Drew Brees. Will it be the last dance for Brees?

Then in the night slot, the Dallas Cowboys take on the Los Angeles Rams in the $6B SoFi Stadium. Will the Cowboys be the winners of the NFC East or the Philadelphia Eagles?