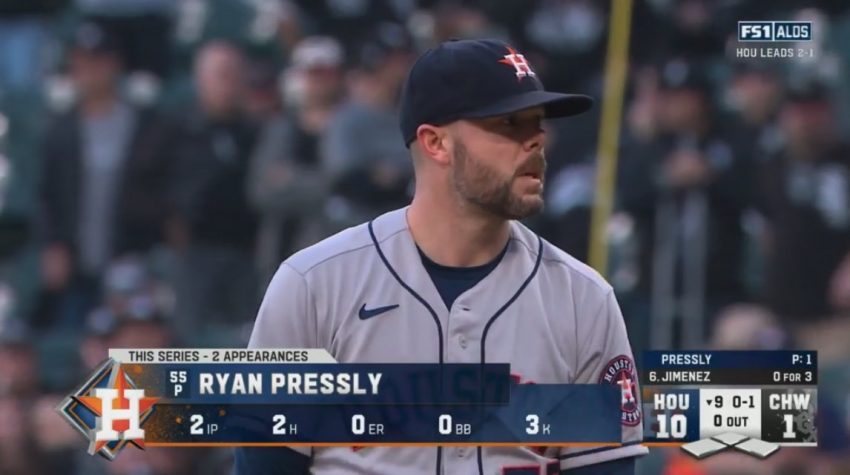 The Houston Astros trampled the Chicago White Sox by a score of 10-1 on Tuesday in Game 4 of the ALDS and in doing so took the series by a count of three games to one. As a result, the Astros advanced to the 2021 ALCS to face the Red Sox. The White Sox, meantime, see a second straight postseason end early and in disappointing fashion.

The White Sox led early thanks to a Gavin Sheets home run, but the Astros took the lead for good in the third thanks to a double from Carlos Correa. Houston padded the lead at the expense of the White Sox bullpen.

Meantime, Astros starter Lance McCullers Jr., able to take the mound on full rest thanks to Monday’s rain-out, kept the Chicago bats in check, allowing one run over four innings.