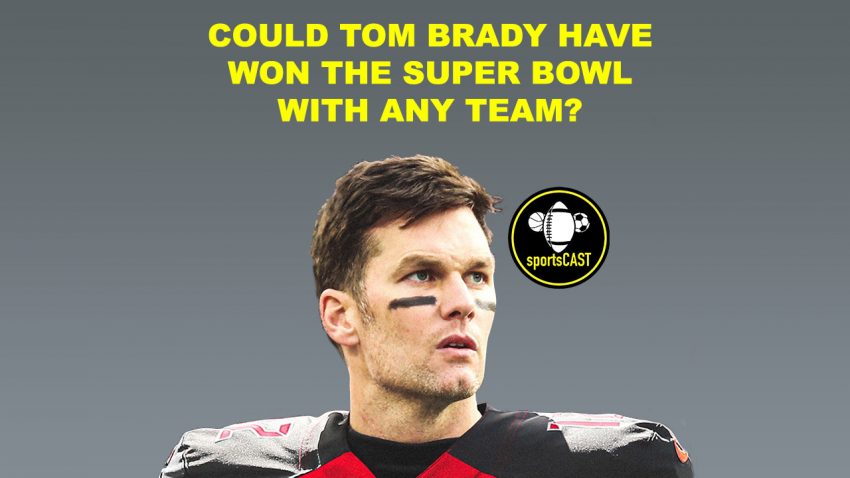 This is a clip from the Jersey Boys Sports Talk, where Victor Arocho goes into Tom Brady and the team selection after he left the New England Patriots. If Brady would have went to any team, would he would have won the Super Bowl?

Brady would have went to any team he would have won the Super Bowl. No doubt I think that he not only selected the right team he selected the right coach Byron now made me like to write he made me like him. He not only that players came to play with him, right. He got Gronk, soon he said I was waiting for you to come back. went there. Okay, and Antonio brown followed them for super low pay cut. Okay. Lenny Fournette was cut by Jacksonville he picked them up. So and then that team is had the most fun possible now Byron will have his reasons why that’s the only team that resigned every single damn player and every single coach for repeat performance in the history of the NFL. And that’s not just because of Byron’s PayScale. All of them having Brady, they’re saying Brady’s is a totally different individual today than he ever was. And he even made a statement on HBO thing is a lot of things I said was with the Patriots wasn’t really everything. I was thinking. Well, they had bad the Brady they had the Patriot brainwashing piece and that’s it. That’s all I’m saying. I don’t think you put any other quarterback on that team. I don’t believe they win the Super Bowl.